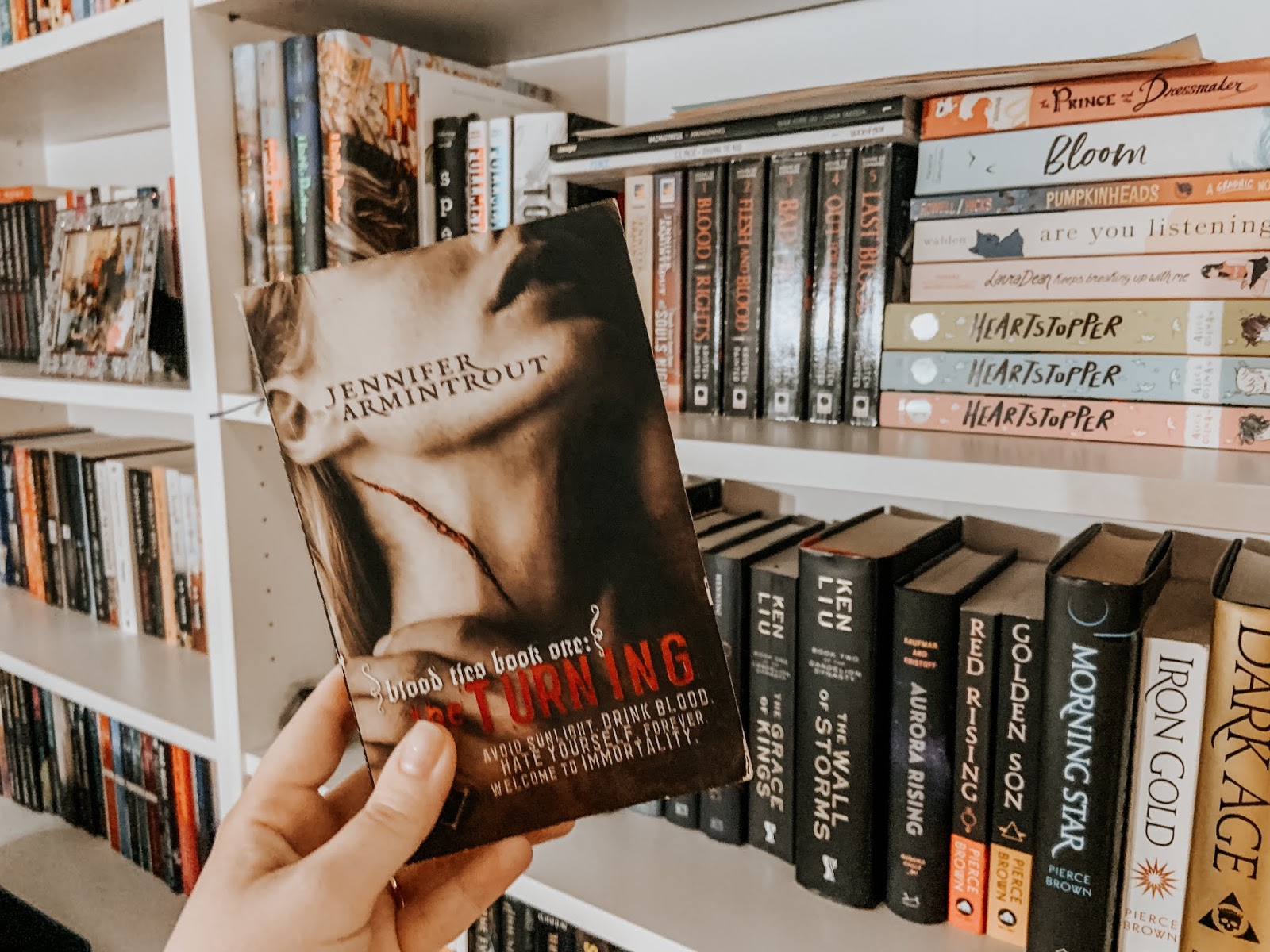 I’m no coward. I want to make that perfectly clear. But after my life turned into a horror movie, I take fear a lot more seriously now. I finally became Dr. Carrie Ames just eight months ago. Then I was attacked in the hospital morgue by a vampire. Just my luck.

So now I’m a vampire, and it turns out I have a blood tie to the monster who sired me. The tie works like an invisible leash and I’m bound to him no matter what I do. And of course he’s one of the most evil vampires on earth. With my sire hell-bent on turning me into a soulless killer and his sworn enemy set to exterminate me, things couldn’t get much worse–except I’m attracted to them both.

Drinking blood, living as an immortal demon and being a pawn between two warring vampire factions isn’t exactly how I’d imagined my future. But as my father used to say, the only way to conquer fear is to face it. So that’s what I’ll do. Fangs bared. 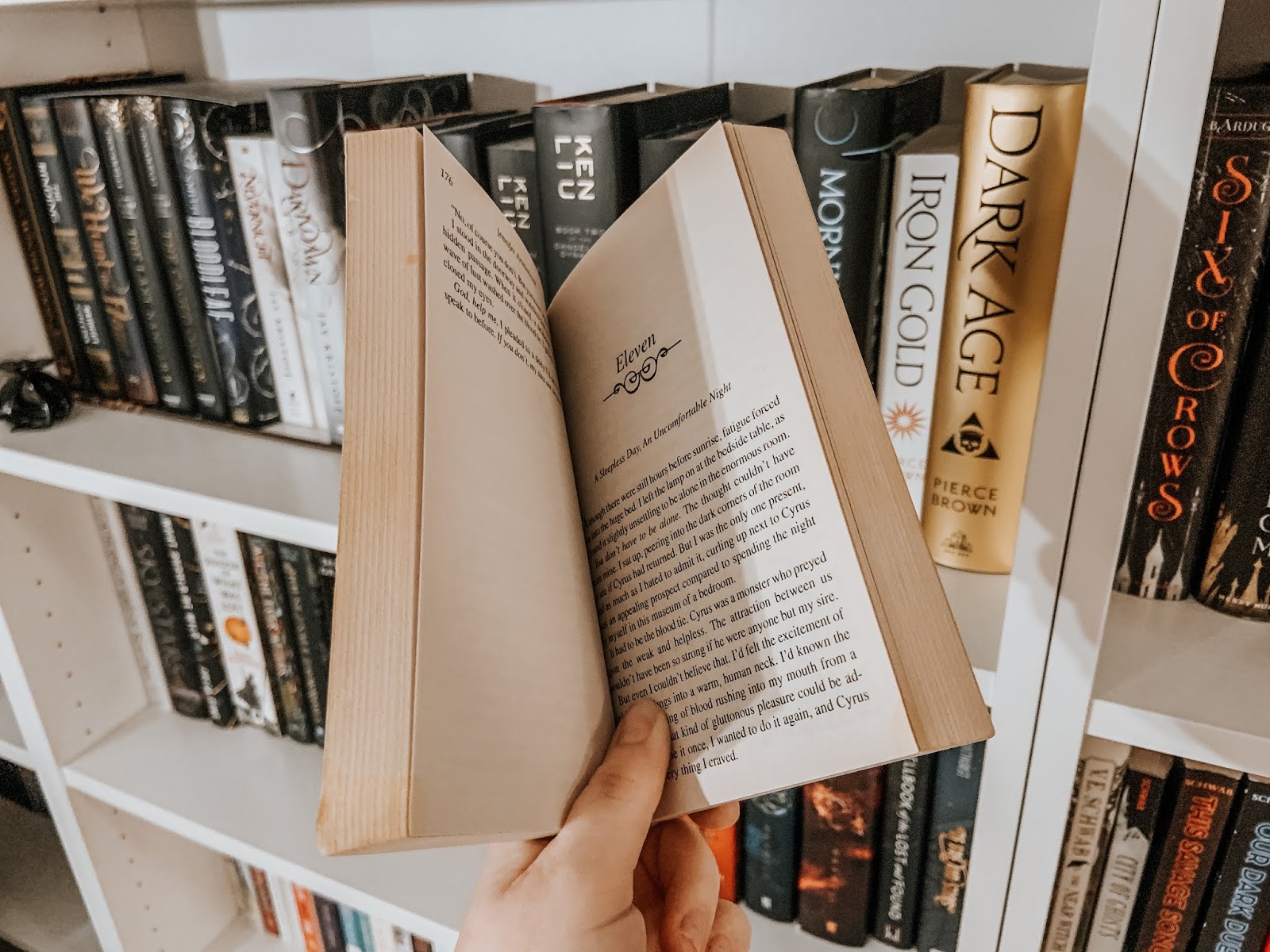 “Strength isn’t about bearing a cross of grief or shame. Strength comes from choosing your own path, and living with the consequences. And as long as I had the strength to keep living, I was going to do it without regret.”
I originally was not going to post a review about any of the books in this series. Since this is my fourth reread, or so, I decided it’s time to actually review it.
Trigger warning: lack of consent, gore, death.
This book is dark. I do not recommend this book for people who are sensitive to the topics in my trigger warning. This book is not for everyone! This book series is my favorite vampire story. I really wish there were more vampire stories like it!
The Turning follows our main character Carrie who’s a doctor. A doctor that manages to get herself killed in the morgue while trying to come to terms with her mistake of getting scared of helping a patient. Unfortunately, she doesn’t stay dead because the patient is a vampire and she accidentally consumed his blood during their fight.
When she’s released from the hospital, she decides to do her own internet search on vampires. That’s where she runs into Ziggy, a teen who thinks he can rid the world of vampires. She meets him and he tries to kill her. Fortunately for Carrie, Nathan shows up.
Nathan is a Scottish beauty of a man. I love him. He’s a vampire assassin for the Voluntary Vampire Extermination Movement. He kills vampires. He gives her the choice to join the cause or die. Carrie decides she’s going to live her own life and goes to find her sire, Cyrus.
Cyrus is everything Nathan told her. He’s evil. He’s dirty. He’s wrong. She finds out by herself what kind of person he is.
This book is crazy. I freaking love it. I think this is my fourth reread of this book. This is a vampire book I will always go back to.
5/5 stars

I made a blog post talking about my favorite bookt

Merry Christmas to me!!!

My family knows me so well! Marcel said he was get

Someone got his hair cut today!